We made it! The exhaustive, but thrilling, season reaches it’s climax in England’s capital.

This year the end of year event has a fresh feel to it. Three players – Kei Nishikori, Milos Raonic and Marin Cilic – will make their debuts at the Barclays ATP World Tour Finals. All 8 players deserve to be here and it’s the old guard against the new wave. The Big 3 might still have the edge but anyone can catch fire and just need to win 2 group matches to reach the semi-finals.

Djokovic leads Group A and is career 41-5 against his group opponents and clear favorite fresh off his Paris Masters title and another exceptional year. Marin Cilic is perhaps the wildcard, since after his blistering US Open win, he has failed to back it up significantly but he will be fired up on his debut.

Roger Federer leads Group B and is looking to win the season finale for the seventh time. He has a 44-11 tournament record and has only failed to reach the semi-finals once in 12 visits. He is only 19-14 against his group opponents and looks to have the tougher group. The number 1 ranking is on the line but Federer needs some luck if he’s to claim it back. 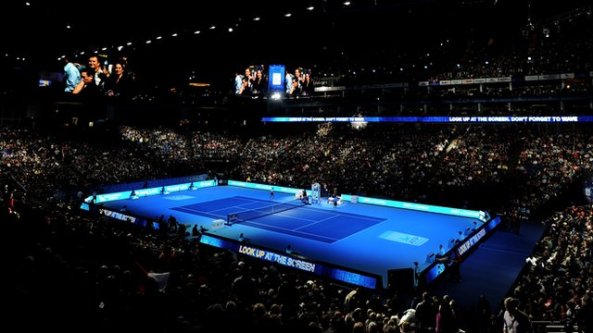 Defending Champion: Novak Djokovic – The Serb is attempting to win the season finale for the fourth time and finish as the year-end World No. 1.

Slumping: Stan ‘Stanimal’ Wawrinka – Not had the year he would have hope for considering he’s a Slam winner.

On Fire: Andy Murray – A late season tear brought Andy 3 titles and vaulted him into this competition. Confidence is high.

Outside Shot: Kei Nishikori – Has proven he can beat all of them and in this competition, anything can happen.

My pick: Novak Djokovic – He just dominates from the baseline with no apparent mental weaknesses.

Did You Know? The singles champion will be presented The Brad Drewett Trophy, in memory of the ATP Executive Chairman and President who passed away on 3 May 2013.

Thanks for reading and see you again next year!