A stop-gap before the US Open, the Winston Salem Open has enjoyed a strong first 3 years. This year, the field is strong with some big players looking to fine tune their weapons before the big battle in New York.

Americans John Isner and Sam Querry will have massive support here. Local boy Isner, gets a good draw where he could face white-hot Tommy Robredo in the semi-finals. Querry who has struggled for the last couple of years, seems to be playing better hard court tennis of late, although he lost to Robredo in Cincinnati last week. He gets a tough bottom quarter however and would need to dispatch Kevin Anderson and Steve Johnson to make the quarter finals. 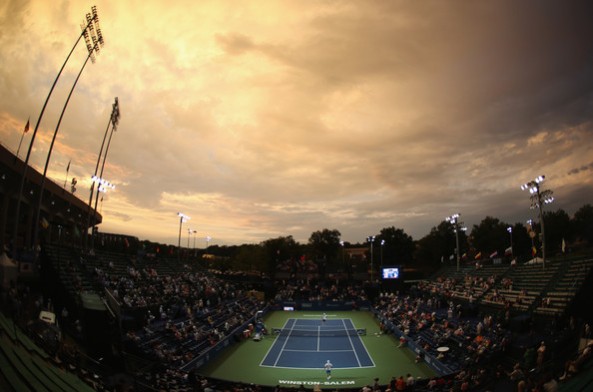 Defending Champion: Jurgen ‘Tuna’ Melzer – 33 year old Melzer not having the year he did last year, struggling with injury. Returns with an 11-10 match record.

Up and Coming: Pablo Carreno Busta – The 23 year old Spaniard may prefer clay but he’s one to watch here.

Slumping: Ryan Harrison – Seeks his first tour-level win since March after being awarded a wild card. Only 4-11 on the year.

On Fire: Tommy ‘Can You Hear Me’ Robredo – Comes into Winston-Salem on the back of a strong week in Cincinnati, where he defeated World No. 1 Novak Djokovic in the third round.

My pick: ‘Long’ John Isner – Two-time champion on home ground bringing a 10-0 event record and bidding to win his third title of the season

Did You Know? The first two editions of the Winston-Salem Open at Wake Forest University in 2011 celebrated the crowning of North Carolina-native John Isner as the singles champion.

Thanks for reading and check back next week for more picks!